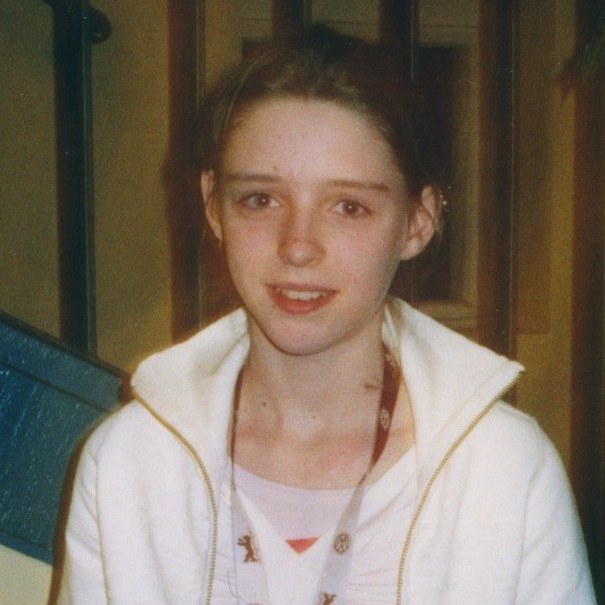 2005 the TV-Movie "Bluebird" was screened at the Berlin Film Festival. Eslke Roteveel is playing the main role "Merel" in it. Parts of the interview were aired in the show on February 21st, 2005.

Stefanos Tsarouchas: How did you got the part?

Elske Rotteveel:  Well, A casting agency asked me to come for an audition and I did that. Mijke (Meike) thought it went very well. So I went to a second audition, but she wasn't really sure yet, so we went to a school for disabled children. There I had to do some castings with a few boys and then on the way back in the car she told me, I was getting the role.

S. Tsarouchas: Can you talk about the story of the film, in your own words? What's it about?

E. Rotteveel: Oh, yes. Well, its about Merel and she has a disabled brother. The brother is adopted and, but he can't walk, so after a while he needs to go to an institute to learn that and she is very upset about it. She thinks, its not fair and on school things are not going well. She is good at school. She likes a lot of things and she really works hard for it, to get good grades and then suddenly something happens. She gets bullied and there is not a clear reason for that, but, maybe its just … a coincidence that it happens and then the bullies are notice her more and more and see, that she is just good at everything and then, yea, she gets bullied and goes along, but she doesn't want to tell anyone. She keeps it for herself and ... the bullies in the end, they get a sort of respect for her, because she didn't told anyone about it.

S. Tsarouchas: How do you fell about Merel?

E. Rotteveel: Well, it wasn't very hard to play, because Merel is kind of, she looks like me a bit ... and sometimes I felt a bit said, because I was really into the role. It as really some a part of me. When I was at home, I sometimes did things and I thought: 'That's not me!' Then I, yeah, that was really strange.

S. Tsarouchas: How did Mijke de Jong, the director work with you?

E. Rotteveel: Well, I didn't had a real dialog or something. ... She forbid me to read the script. She just told me the story and every scene apart and when we did a scene, she told me, before we were going to do it, how Merel felt and how she reacted and then I just could do things from myself. We just did it a bit and then when I did something, I made it up myself, she said, yeah that's good you can do that and sometimes she said no, to do it like this and that, more happy, those things.

S. Tsarouchas: What do you like about film making?

E. Rotteveel:I really like the fact that you're someone else, your not yourself. You can just do things, you want do, but that's really nice. And its also very nice that, if you have a big role, people take care of you and .. when its raining outside they walk with an umbrella above your head. That's really nice.

S. Tsarouchas: How old are you?

S. Tsarouchas: Do you have brothers and sisters?

S. Tsarouchas: What do they think about your acting?

E. Rotteveel: My brother is not really interested in it. He likes the fact, that I got money for it, but my sister is really proud. She tells everyone in her class and her teachers. Yeah, she really likes it. She wants to come to every show. Its really nice.

S. Tsarouchas: What do you want to become?